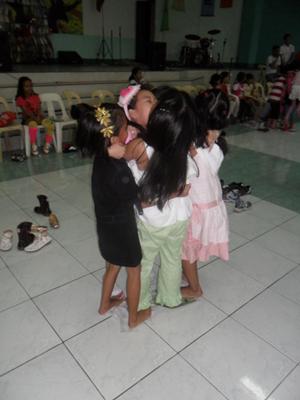 Gather 'Round The Newspaper 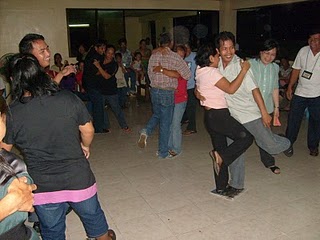 Newspaper Stop Dance can be played by adults, couples or young kids and it is fun. These are the mechanics of the game:

> Each group must have at least 2 or more team members. You can have as many groups as you want.

> Each group will be provided with one whole page of a newspaper to be used during the game. The group will lay the newspaper on the floor and surround it.

> The host will be playing a lively music and each team must dance, once the host pauses the music, each group must step into the newspaper and keep still and if one of the team member stumbled or stepped out of the newspaper, the group will be out of the game.

You can get out of the newspaper and start dancing once the host played the music again.

> The host will play the music again and each group must fold their newspaper into half, same rules apply, dance, while the music is playing, step into the newspaper and keep still if it is paused making sure that you or your other team member will not stumble or step out of the newspaper or your team will be out of the game.

> Continue playing until the newspaper gets smaller from folding and until one of the groups has remained standing and shall be declared as the winner of the game.

Tips:
> You can take off your shoes/stilleto while playing so you will not hurt your other team member's feet or yours while playing the game.

> You can lift or give your other team member a piggy back ride once the newspaper gets smaller from folding.

> Make sure that you are going to pick a member with small feet so they can fit in to the small newspaper :)

TPQ Comment: Too funny! I had a complete visual of how Newspaper Stop Dance would be played and started laughing just thinking about it. Between watching all your friends dancing and watching them trying to keep their balance while standing on a newspaper...well I'm not sure which would be funnier! Thank you, Meljayca.